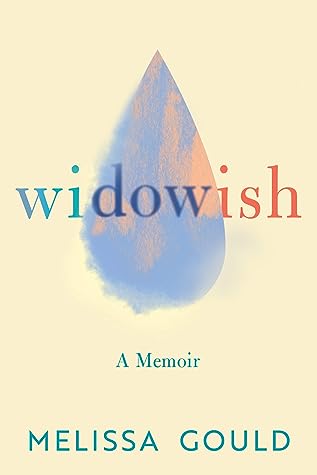 Melissa Gould’s uplifting and deeply moving memoir of grieving outside the box and the surprising nature of love.

When Melissa Gould's husband, Joel, was unexpectedly hospitalized, she could not imagine how her life was about to change. Overwhelmed as his condition tragically worsened, she had to believe that while Joel’s loss was permanent, so was their love.

Left to raise their young daughter on her own, and to act as if she could resume life without her beloved husband by her side, Melissa found that she didn’t fit the typical idea of widowhood or meet the expectations of mourning. She didn’t look like a widow or act like a widow, but she felt like one. Melissa was widowish.

Melissa’s personal journey through grief and beyond includes unlikely inspiration from an evangelical preacher, the calming presence of some Real Housewives, and the unexpected attention of a charismatic musician.

A modern take on loss, Widowish illuminates the twists of fate that break our world, the determination that keeps us moving forward, and the surprises in life we never see coming.

Melissa Gould's essays have appeared in the New York Times, the Los Angeles Times, the Washington Post, Huffington Post, Buzzfeed, and more. She's an award-winning screenwriter whose credits include Bill Nye, the Science Guy; Party of Five; Beverly Hills, 90210; and Lizzie McGuire. As a "mompreneur" she appeared on the Rachael Ray Show, Access Hollywood and other "info-tainment" programs. Widowish