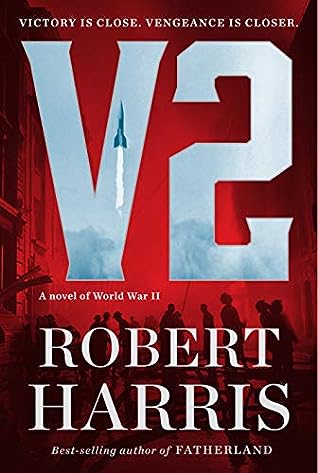 From the best-selling author of Fatherland and Munich comes a WWII thriller about a German rocket engineer, a former actress turned British spy, and the Nazi rocket program.

It's November 1944--Willi Graf, a German rocket engineer, is launching Nazi Germany's V2 rockets at London from Occupied Holland. Kay Connolly, once an actress, now a young English Intelligence officer, ships out for Belgium to locate the launch sites and neutralize the threat. But when rumors of a defector circulate through the German ranks, Graf becomes a suspect. Unknown to each other, Graf and Connolly find themselves on opposite sides of the hunt for the saboteur.

Their twin stories play out against the background of the German missile campaign, one of the most epic and modern but least explored episodes of the Second World War. Their destinies are on a collision course.

ROBERT HARRIS is the author of nine best-selling novels: Fatherland, Enigma, Archangel, Pompeii, Imperium, The Ghost Writer, Conspirata, The Fear Index, and An Officer and a Spy. Several of his books have been adapted to film, most recently The Ghost Writer, directed by Roman Polanski. His work has been translated into thirty-seven languages. He lives in the village of Kintbury, England, with his