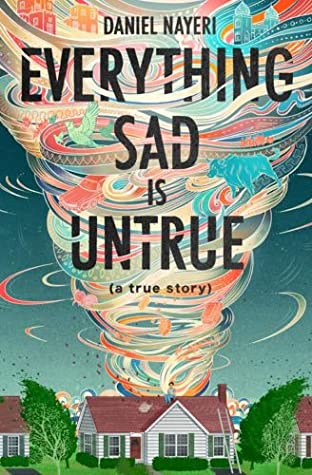 Everything Sad Is Untrue

The story of a boy who flees Iran as a small child, detours through a refugee camp in Italy, then winds up in middle school in Oklahoma, where he is met with both curiosity and suspicion....

Daniel Nayeri is a writer and editor in New York City. He wrote and produced “The Cult of Sincerity,” the first feature film to be world premiered by YouTube. He has had all kinds of jobs around books, including book repairman, literary agent, used bookstore clerk, children’s librarian, Official Story-Time Reader Leader, editor, copy-editor, and even carpenter (making bookshelves). He’s also a pro

Everything Sad Is Untrue Comentarios