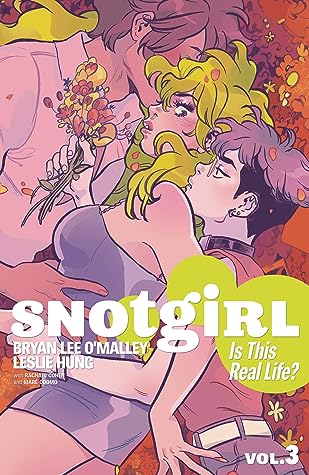 Is This Real Life?

The biggest fashion disaster in comics is back! Fashion blogger Lottie Person just wants to live up to her flawless online persona -- but why is real life so much harder?Collects SNOTGIRL 11-15...

Bryan Lee O'Malley is a Canadian cartoonist. His first original graphic novel was Lost at Sea (2003), and he is best-known for the six-volume Scott Pilgrim series (2004 to 2010). All of his Scott Pilgrim graphic novels were published by Portland, Oregon-based Oni Press. In July 2014 his graphic novel Seconds was released by Ballantine Books. He is also a songwriter and musician (as Kupek and forme

Is This Real Life? Comentarios