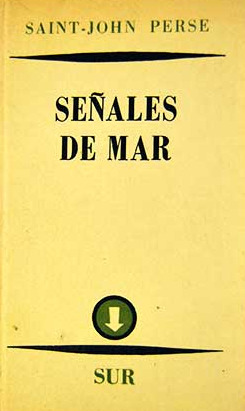 Saint-John Perse, pseudonym for Alexis Saint-Léger Léger, came from an old Bourguignon family which settled in the French Antilles in the seventeenth century and returned to France at the end of the nineteenth century. Perse studied law at Bordeaux and, after private studies in political science, went into the diplomatic service in 1914. There he had a brilliant career. He served first in the Peki