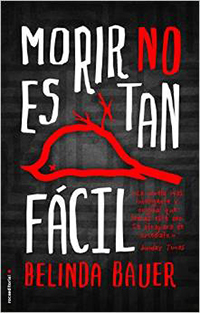 Belinda Bauer grew up in England and South Africa. She has worked as a journalist and screenwriter, and her script THE LOCKER ROOM earned her the Carl Foreman/Bafta Award for Young British Screenwriters, an award that was presented to her by Sidney Poitier. She was a runner-up in the Rhys Davies Short Story Competition for "Mysterious Ways," about a girl stranded on a desert island with 30,000