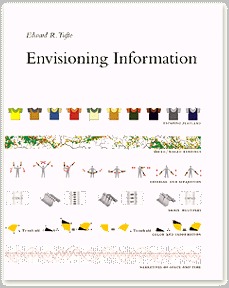 The celebrated design professor here tackles the question of how best to communicate real-life experience in a two-degree format, whether on the printed page or the computer screen. The Whole Earth Review called Envisioning Information a "passionate,...

Edward Rolf Tufte (born 1942 in Kansas City, Missouri to Virginia and Edward E. Tufte), a professor emeritus of statistics, graphic design, and political economy at Yale University has been described by The New York Times as "the Leonardo da Vinci of Data". He is an expert in the presentation of informational graphics such as charts and diagrams, and is a fellow of the American Statistical Associa