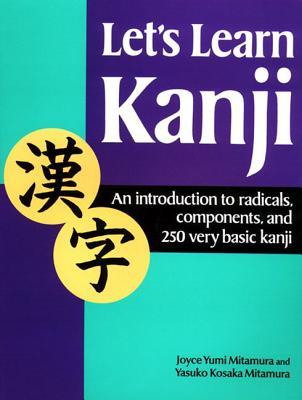 Everyone agrees that it is possible to learn to speak Japanese in a reasonable amount of time, but no one has ever said that about reading and writing it. It is widely held that spoken and written Japanese require separate efforts by the student, as if these two aspects were in fact distinct languages.

A first step toward alleviating this situation was taken by Yasuko Mitamura in 1985 with the publication of Let's Learn Hiragana and Let's Learn Katakana, which continue to help thousands of students every year to master these two forms of Japanese script. Now, Let's Learn Kanji goes to the heart of the problem: the learning of kanji (i.e., Chinese characters as they are used in Japan).

Not simply a brilliant exposition but also a workbook, it teaches the student how to write the basic strokes, how to put these together into full-fledged kanji, and how kanji function in the context of example sentences. Progress is continually checked, and the student is encouraged through quizzes and exercises. The result: 250 fundamental characters learned almost painlessly.